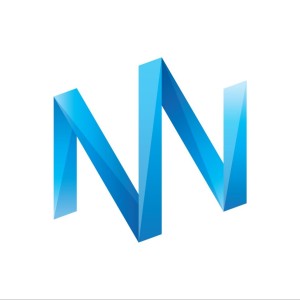 What a year it was for Bitcoin and the broader cryptocurrency space. Read below to get up to speed on what happened in 2020 in the world of crypto.

In terms of the entire asset class, Bitcoin wasn’t the only one having all the fun. Turns out cryptocurrency was this year’s best performing asset class in the world.

READ: What Is Cryptocurrency?

The second-biggest cryptocurrency, ether (ETH)—which belongs to the Ethereum blockchain—started the year at $130. As of December 17th, ETH is $650. In other words, the price of ETH has increased by 5x in 2020.

[2] Big-name investors get behind Bitcoin

Institutional demand for Bitcoin rose considerably in 2020. Spearheading this growth was the public comments in favour of Bitcoin made by a number of respected names in the traditional financial world.

In May, multi-billionaire investor Paul Tudor Jones—one of the most successful hedge fund managers in history—revealed that about 2% of his assets are invested in Bitcoin.

Another noteworthy trend of 2020 was the growing number of public companies and asset management firms that invested in Bitcoin. Most of this investing has happened in the past several months.

Kickstarting things was a U.S.-based company called MicroStrategy, a business software company founded in 1989. In August, MicroStrategy became the first-ever publicly traded company in the U.S. to buy Bitcoin.

Another more recent example was MassMutual, a 169-year-old insurance company which bought $100 million worth of Bitcoin for its general investment account.

PayPal announced its entrance into the cryptocurrency market, rolling out a service enabling its U.S. users to buy, sell and hold Bitcoin and other cryptocurrencies. With nearly 350 million users, PayPal is now the biggest pipeline for money to flow into Bitcoin—and by some margin!

The payments giant rolled out cryptocurrency services for its U.S. users in November. In early 2021, PayPal will launch these services in other countries. It will also let Venmo users start buying and selling cryptocurrency in 2021. (Venmo is a mobile payment service owned by PayPal.)

In the broader cryptocurrency ecosystem, one of the biggest trends of the year rapid growth in decentralised finance, or ‘DeFi’ for short. In very general terms, DeFi refers to financial activities—such as borrowing and lending—which are done using blockchain technology. (Read ‘What Is DeFi?’ for more.)

Thousands of people from all around the world have used DeFi in 2020 to do things like earn extra income by lending out their cryptocurrency. At the start of the year, the DeFi ecosystem had a value of $0.7 billion. It now has over $15 billion.